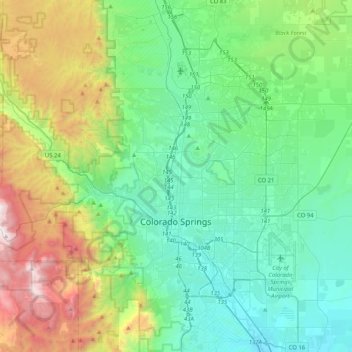 Snowfall is usually moderate and remains on the ground briefly because of direct sun, with the city receiving 38 inches (97 cm) per season, although the mountains to the west often receive in excess of triple that amount; March is the snowiest month in the region, both by total accumulation and number of days with measurable snowfall. In addition, 8 of the top 10 heaviest 24-hour snowfalls have occurred from March to May. Summers are warm, with July, the warmest month, averaging 70.9 °F (21.6 °C), and 18 days of 90 °F (32 °C)+ highs annually. Due to the high elevation and aridity, nights are usually relatively cool and rarely does the low remain above 70 °F (21 °C). Dry weather generally prevails, but brief afternoon thunderstorms are common, especially in July and August when the city receives the majority of its annual rainfall, due to the North American Monsoon.