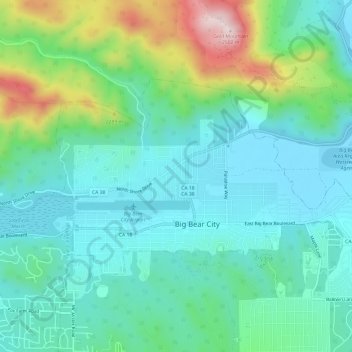 It is estimated that the Serrano natives first settled in Big Bear between 1,500 and 2,000 years ago.[9] The Serranos had both winter and summer settlements throughout the area. While their winter village was located in Lucerne Valley, they relocated to villages in the San Bernardino mountains during summer, as the altitude provided cooler temperatures. Villages were often located by rivers and lakes, however, mountain hunting camps were also established on higher elevations. Besides hunting, they also consumed pinyon nuts, mesquite beans, screw-beans, juniper berries and seeds. One of four major Serrano ethnographic sites was located in Big Bear City, called: Kayah-pia-t. Big Bear, and Lucerne Valley clans, both belonged to the same tribe: the Coyote Pervetum.[10]