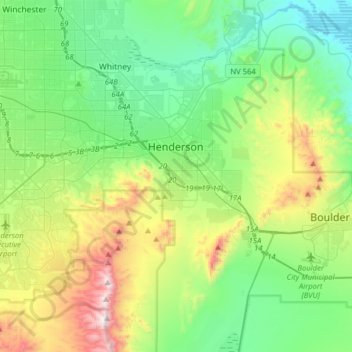 Henderson is a city in Clark County, Nevada, United States, about 16 miles (26 km) southeast of downtown Las Vegas. It is the second largest city in Nevada, after Las Vegas, with an estimated population of 320,189 in 2019. The city is part of the Las Vegas Valley. Henderson occupies the southeastern end of the valley, at an elevation of 1,864 feet (568 m).