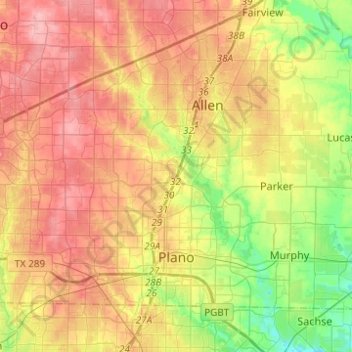 At first, Plano's population grew slowly, reaching 1,304 in 1900 and 3,695 in 1960. By 1970, Plano began to feel some of the boom its neighbors had experienced after World War II. A series of public works projects and a change in taxes that removed the farming community from the town helped increase the population. In 1970, the population reached 17,872, and by 1980, it had exploded to 72,000. Sewers, schools, and street development kept pace with this massive increase, largely because of Plano's flat topography, grid layout, and planning initiatives.