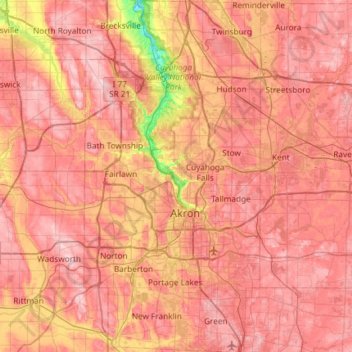 Summit County is an urban county in the U.S. state of Ohio. As of the 2020 census, the population was 540,428, making it the fourth-most populous county in Ohio. Its county seat is Akron. The county was formed on March 3, 1840, from portions of Medina, Portage and Stark Counties. It was named Summit County because the highest elevation on the Ohio and Erie Canal is located in the county.