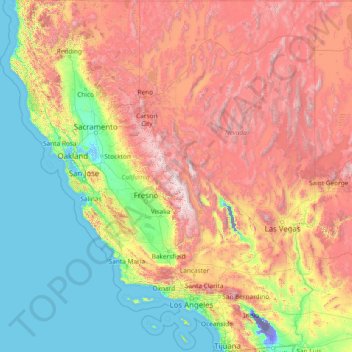 California's mountains produce rain shadows on the eastern side, creating extensive deserts. The higher elevation deserts of eastern California have hot summers and cold winters, while the low deserts east of the Southern California mountains have hot summers and nearly frostless mild winters. Death Valley, a desert with large expanses below sea level, is considered the hottest location in the world; the highest temperature in the world, 134 °F (56.7 °C), was recorded there on July 10, 1913. The lowest temperature in California was −45 °F (−43 °C) on January 20, 1937, in Boca.